Aberdeen-headquartered Hydro Group is delighted to have secured the Company of the Year title at the 2017 Subsea UK Awards on Thursday 2 February. The cable and connector specialist was recognised for its performance in the subsea sector and its significant development to date, as well as its plans for future success and growth, both in the UK and internationally.

The annual awards, held at the Aberdeen Exhibition and Conference Centre, highlight the achievements of individuals and companies throughout the subsea industry and are the most prestigious awards in the subsea sector.

Doug Whyte, managing director at Hydro Group, said: “Being presented with this award is testament to the growth and success the company has achieved over the past three decades. I am proud of our team for their dedicated support, adapting to the ever-changing industry, while also securing a stronghold in additional markets including oceanographic and renewable energies, and defence."

“We have also invested significantly into international markets including Canada, Europe and the Far East, further supported by our Singapore-based division Hydro Products Asia, formed in 2013. This is an exciting time for the whole team, and we remain committed to the development of market-leading subsea cables and connectors.” 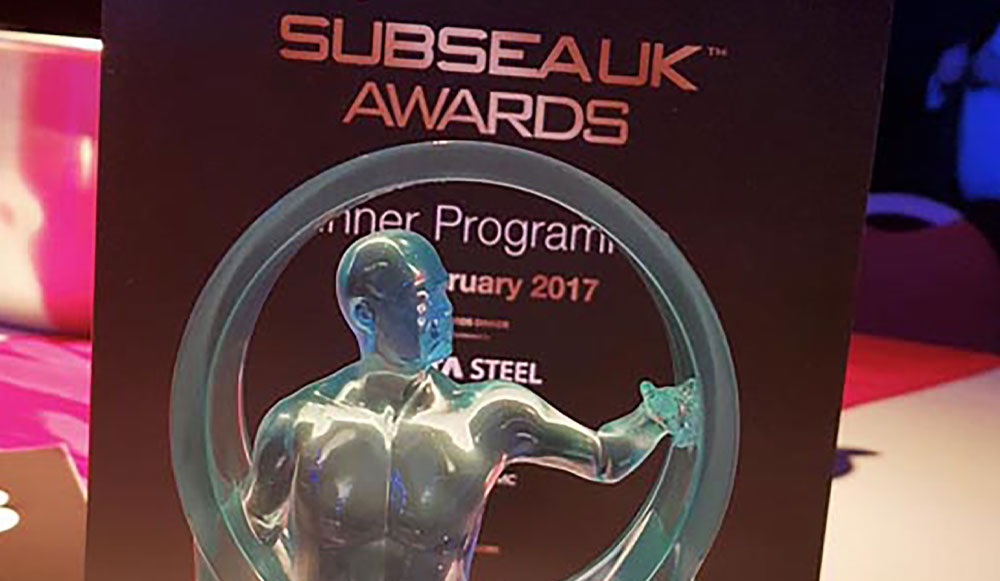