It all started in Aberdeen, Scotland in the early 80s, with a small team of design engineers forming Hydro Bond Engineering Ltd in (1982), and Hydrocable Systems Ltd in (1988). Success through product development in the early oil & gas years paved way for continued growth into the defence and marine renewable energy markets. Working together in global connectivity projects and sharing expertise, the two companies were brought together in 2002 with the formation of Hydro Group. In 2010, Hydro Group invested £4.3m in the construction of a state-of-the-art Aberdeen HQ.

To celebrate Scottish innovation, we scooped two awards at the 2016 Royal Bank of Scotland 'Made in Scotland' inaugural awards. In 2017, we were recognised in the 'fastest-growing international sales' Sunday Times league table, and secured the 'Company of the Year' title at the Subsea UK Awards, the most prestigious awards in the subsea sector, highlighting the achievements of individuals and companies throughout the subsea industry.

In recognition of substantial international growth and commercial success, Hydro Group was presented with the prestigious 'Queen’s Award for Enterprise - International Trade' in 2018, with a Grant of Appointment scroll, on behalf of Her Majesty the Queen.

Today, we lead the way in engineering, design, and manufacture of connectivity solutions, and continue our achievements, innovation, momentum, and success. We are engaged in challenging global projects including solutions for subsea oil & gas structures, floating wind turbines, defence-related innovations and tidal stream connectivity. 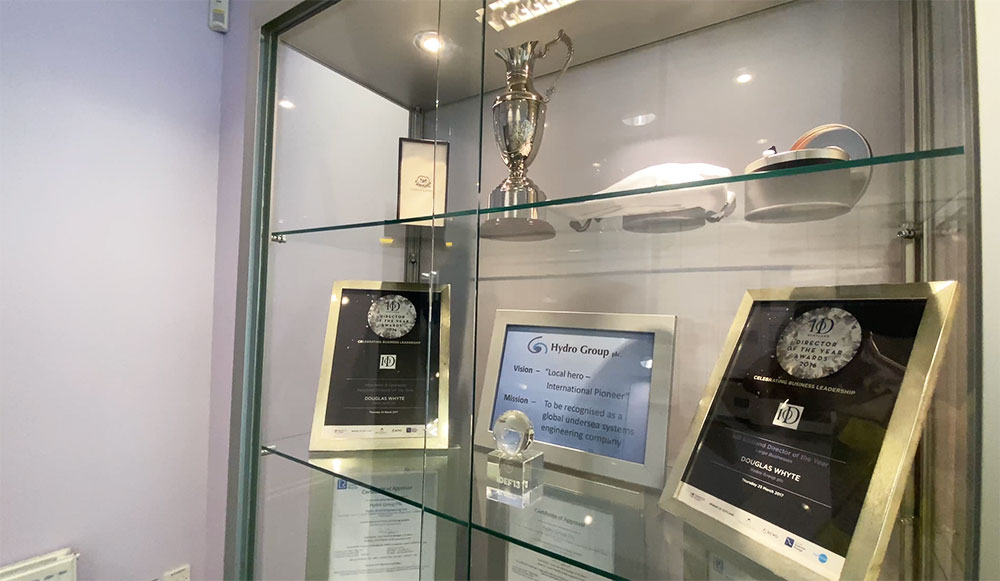 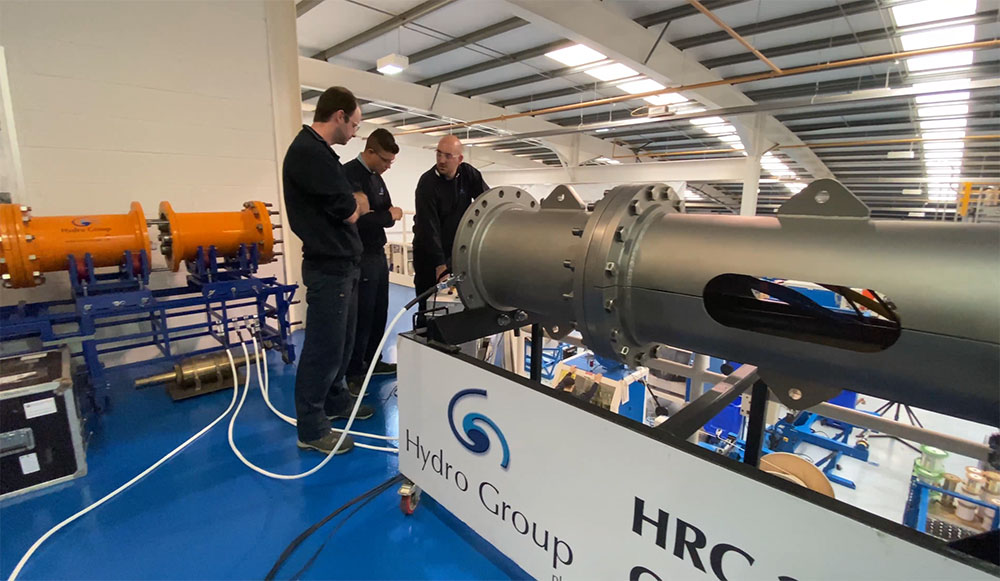 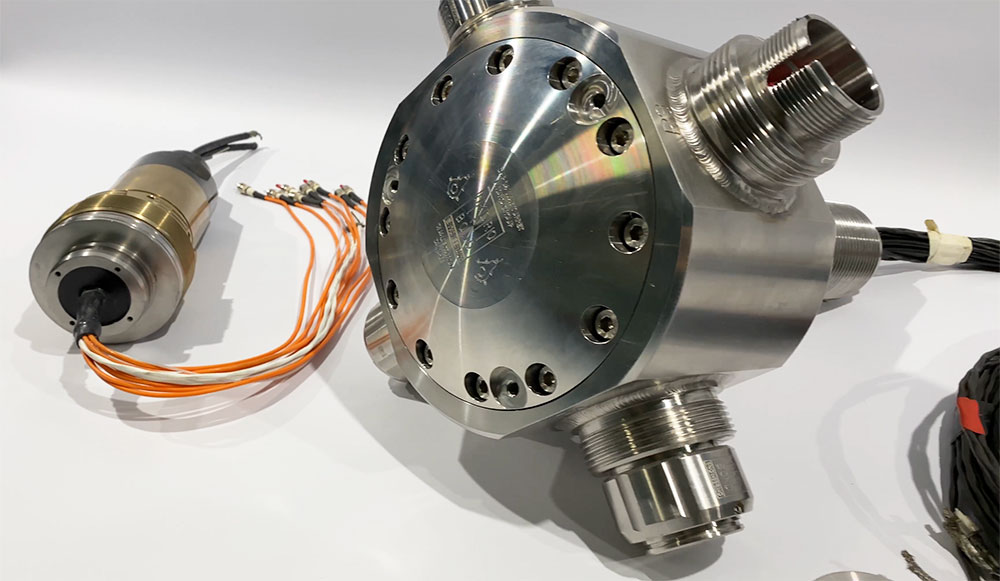 After six years of steady growth, Hydrocable Systems Ltd was established in 1988. With additional staff and engineers, the company offers the bespoke design and manufacture of electrical, optical and hybrid cables for use in harsh subsea environments.
2002

With both companies sharing expertise and working together on connectivity projects, Hydro Bond Engineering and Hydrocable Systems were brought together with the formation of Hydro Group in 2002. The strategy facilitated a new vision, 'one team - two companies - unique strength'. Successful and steady growth over a decade allowed Hydro Group to invest in 2010, with the design and build of its own state-of-the-art manufacturing facility.
2012

Workforce expansion and new product developments for Hydro Group, saw the birth of Hydro Group Asia Pte Ltd in 2012. From its facility in Singapore, the company services energy markets across Asia, specialising in the design and manufacture of bespoke subsea connectivity solutions.
2016

Continuing with the trend to grow into global markets, Hydro Group Systems Inc was established in 2016. With a sales office in Florida, USA, the company retails the full range of Hydro Group plc products and services, along with specialist support for the North American market.
today

With nearly four decades of commercial experience, Hydro Group is seen as a global leader in the supply of subsea electrical and optical interconnect packages, precision engineered to withstand the harshest environmental conditions. Today, Hydro Group supports many clients in the oil & gas and marine renewable energy industry, in sovereign defence organisations, and the UK Ministry of Defence.