The Defence Secretary thanked an Aberdeen-based key supplier for their support to the Royal Navy Submarine Service today during a visit to the North East today, Thursday, 29 November 2018. Gavin Williamson MP visited Hydro Group Plc in Bridge of Don with local MP Colin Clark, where they were briefed by Doug Whyte, founder, and owner of the business, and his directors, engineers, and apprentices.

Hydro Group Plc specialises in the design and manufacture of subsea and harsh environment electrical and optical connectors, penetrators, cable assemblies, and terminations for the defence, oil & gas, renewable energy sectors. The company provides specialist support to the UK submarine service including hull penetrating communications systems, towed array sonars, and support to its noise range at Rona, near Kyle of Lochalsh.

Gavin Williamson MP said “Hydro Group makes a clear and valued contribution to the operational capability and effectiveness of the Royal Navy Submarine Service, which will be entirely based in Scotland from 2020. Defence spends £1.6bn each year with Scots-based Defence suppliers like Hydro Group, supporting 10,500 private-sector jobs, in addition to our Armed Forces and other personnel, here in Scotland. ”

Doug Whyte, Managing Director, Hydro Group, said: “Hydro Group have been involved with the MOD since the mid-1980s, ultimately supporting the Royal Navy Submarine Service. Submarine platforms such as Astute and the new Dreadnought are highly sophisticated, operating at depth with a continuous at-sea nuclear deterrent capability 365 days a year. Our company understands the effort and commitment that we dedicate to this crucial area of our country’s defence.”

Colin Clark MP for Gordon added: “I’m delighted that the Secretary of State could visit Hydro Group, one of the most innovative companies in the North East. They are a centre of technical excellence contributing to our country’s Defence.”

Earlier in the day the Defence Secretary revealed that one of the eight new Type 26 anti-submarine frigates being built on the Clyde will be named HMS Edinburgh, and he also made a visit to RAF Lossiemouth to see the progress of the new infrastructure being built to house the UK’s new fleet of maritime patrol aircraft. 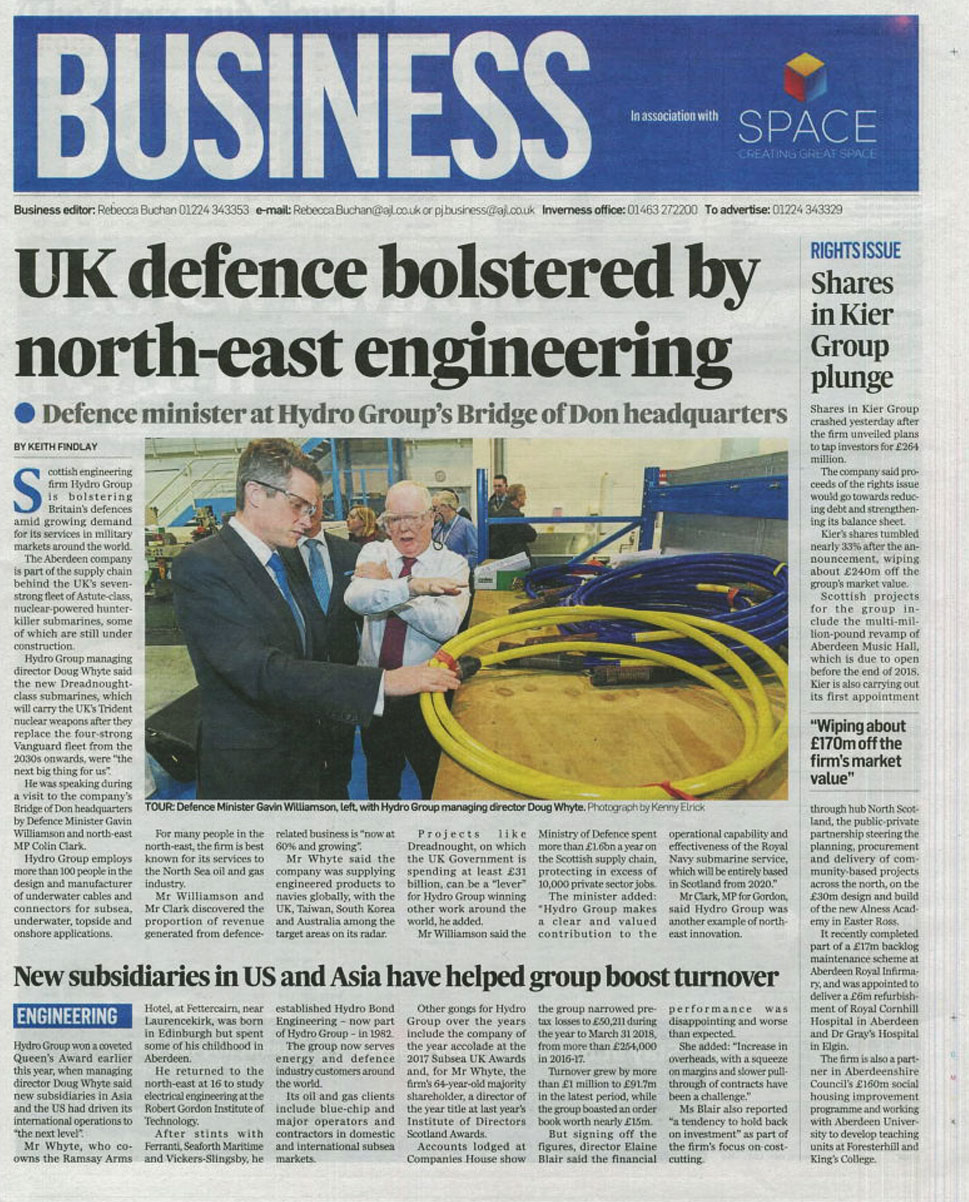 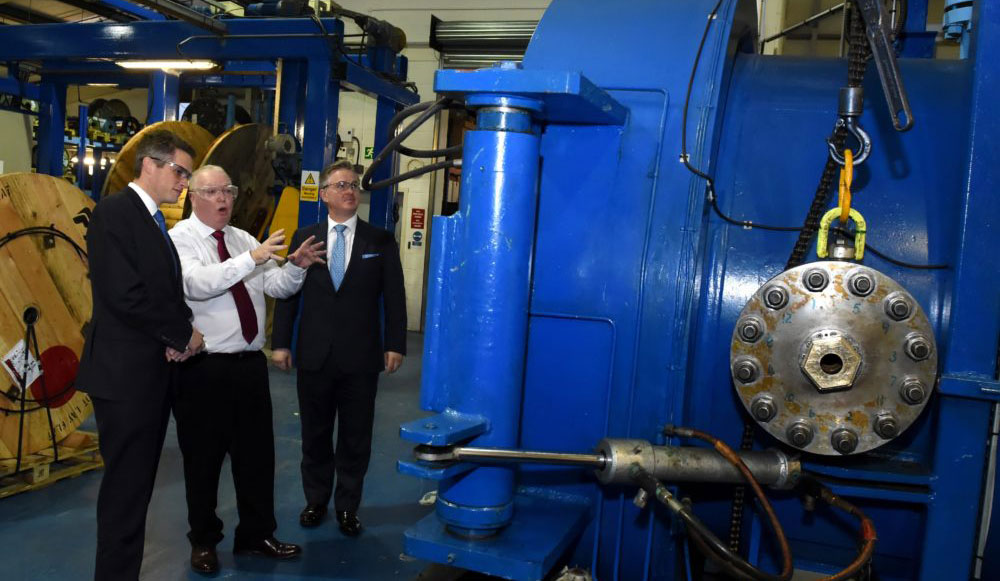