back to news index

Hydro Group (Hydro Bond Engineering) was founded in 1982 with a small team of experienced engineers creating bespoke cable and connector assemblies, initially to service the oil and gas sector. The long-term business mission was to create a bespoke engineering company that could provide bespoke solutions for defence applications.

Within two years, the company achieved ISO accreditation and began supplying harsh environment system to the naval defence sector. Today they are extremely proud of this heritage – outboard cable assemblies and pressure hull penetrators installed on Trafalgar, Vanguard and Astute class submarines and now supporting the latest nuclear submarine programme, they were delighted to be part of the CASD 50 celebrations marking fifty years of the Royal Navy Continuous At Sea Deterrent.

In 2010 the company invested in a new purpose-built facility. At a cost of over £4 million, the 2.2 acre site in the Aberdeen Science and Energy Park include 60,000sq ft of cable manufacturing facility, workshops and offices. In 2015 an extension was added to support the company’s continued expansion.

The new facility marked a new era of growth for the company, allowing new product developments for the Renewable Energy and Marine Science Sectors and facilitating the growth in the defence arena.

This focus on product development and keeping ahead of market trends, saw the launch of the 36kV (66kV in development) dry mate connector and power distribution hub for the Floating Wind, Tidal and Wave Energy sectors. They also developed a fibre optic penetrator rated to 650-msw for manned systems and increased their range of Special Deck Mate connector configurations to support a wider range of defence applications such as acoustic & magnetic ranges, submarine rescue vessels, towed cable systems and MCM systems.

In 2018, the company was awarded the prestigious Queens Award for Enterprise: International Trade recognising their substantial international growth. Hydro Group continues to employ a strategy of international growth over the years and now has a global network of business partners operating in over 20 countries worldwide with export revenue now accounting for approximately 35% of its turnover.

A key part of the company’s success is its staff, with more than ten percent of the overall workforce having been with the company for longer than 25 years. They also operate a successful apprenticeship scheme, along with a graduate traineeship and have found growing their own talent within this niche market space to be highly effective in developing a high-quality team.

The company would like to take this opportunity to thank all Staff, customers, suppliers, and associates for their invaluable support over the last 40 years and looks forward to continued success long into the future. 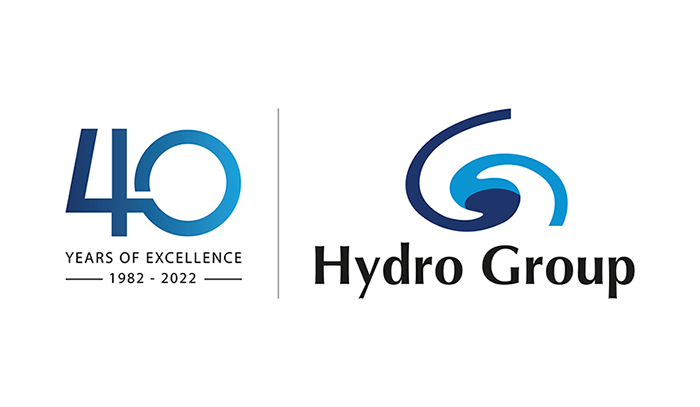